Continuous growth of patients suffered from breast cancer has been observed year by year. Oncology changes are recognized among young and old people. World- wide health problems is breast cancer appearing among women in all ages. It is the second reason of death among women caused by carcinoma.

Medical researches led by different medical centers proved that a modifying, protective factor is a diet. It is suggested that a diet rich in fruits and vegetables can protect people against breast cancer.

This group of nutrition products, beside vitamins and carotenoids contains many other compounds, such as: indols, selenium, flavonoids, potassium inhibitors and many other compounds containing a thiol group (-SH). In vitro researches proved a protective, anticancer type of these compounds , showing their antioxidatve facilities.

Between 1997 and 1998 a survey was led among 257 women after mastectomy operations who had been operated on in Szczecin (Poland) hospitals and surgery wards. The survey concerned estimating physical activity in jobs and the frequency of eating fruit, raw vegetables and vitamins.

The research made proved statistically the presence of important, protective influence of the increase of eating fruit and vegetables on decreasing the risk of breast cancer. Lower risk (with an important trend) of this illness occurance was observed among the women eating fruit, vegetables and synthetic vitamins some times a week, independently on BMI, and among women little and average physically active in their free time.

The results of Polish scientists are in accordance with Hirose and co.’s research results [2], led among 1186 women with breast carcinoma diagnosed. The researches proved that the risk of breast carcinoma occurance was of 30 % lower among the women eating vegetables 5 time a week or more often in comparison to the group where the women ate vegetables 2 times a week or less.

In case of breast carcinoma, the data confirming a protective influence of eating fruit and vegetables is given by many medical and scientific centres, but still too little has been known about the mechanism of this action. Still there hasn’t been an agreement between researchers teams , in case of frequency of eating fruit and vegetables to make it recommendable as protective against breast carcinoma.

Further researches on the connection between breast carcinoma, eating fruit and vegetables while taking into consideration the remaining components of women’s lifestyle are necessary to answer the question: are vitamins and their components responsible for the reduction of the risk and how often should they be eaten? 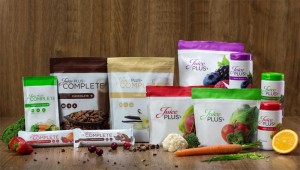